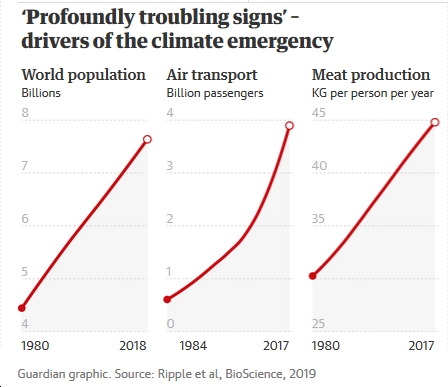 This last year Extinction Rebellion and Greta Thunberg between them have made a wonderful job of raising the visibility of the Climate Crisis. The majority of people in the UK are now very concerned about it. And the Labour Party has, almost certainly as a result, put forward a bold green agenda as part of its 2019 election manifesto.  The Green Party has always had a bold green agenda of course but remains insignificant, not because it is, but because it is a victim of a voting system that is totally unfit for purpose.  But even if a future UK government were to meet Extinction Rebellion's 2025 carbon neutral target it would make no discernable difference to the Global Climate Crisis anyway because the UK only contributes 1-2% of the global greenhouse emissions. One reason often given for the UK to push to become carbon neutral as early as possible is that the UK, by meeting these deadlines, would be leading by example which could be productive globally. I think this is wishf
Post a Comment
Read more